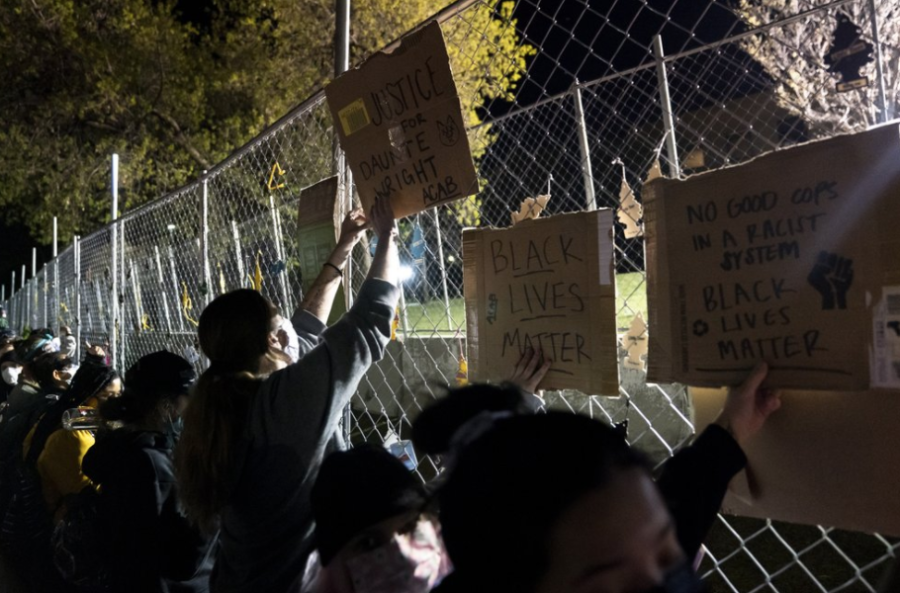 From AP News: Demonstrators press against a security fence at the Brooklyn Park Police Department on April 16.

As the police tried to take Wright into custody, he proceeded to re-enter his car when officer Kim Potter opened fire. The body camera footage shows a Brooklyn Center Police Department pointing a handgun at him and yelling “taser.” As the young man drove away, officer Potter told the other officers at the scene that she had just shot the 20-year old. After Wright was shot he proceeded to drive multiple blocks before he crashed into a vehicle. The female passenger who was with him at the time had no severe injuries.

Wright died at the scene (ABC).

“It is my belief that the officer had the intention to deploy her Taser but instead shot Mr. Wright with a single bullet,” said Chief Gannon of the Brooklyn Center Police Department.

After the events, Officer Potter and Chief Gannon both resigned (CBS).

The Minnesota police force made over 60 arrests on Tuesday night in Brooklyn Center. There were some peaceful protests in the United States, but the ones in Brooklyn Center turned violent. Rioters were throwing bricks and bottles at officers. Police used flash-bang grenades and riot gas to defend a nearby police station (Fox News).

Wright’s mother described him as afraid of the police.

“I know my son was scared. He’s afraid of the police, and I just seen and heard the fear in his voice, but I don’t know why and it should have never escalated the way it did.” (ABC)